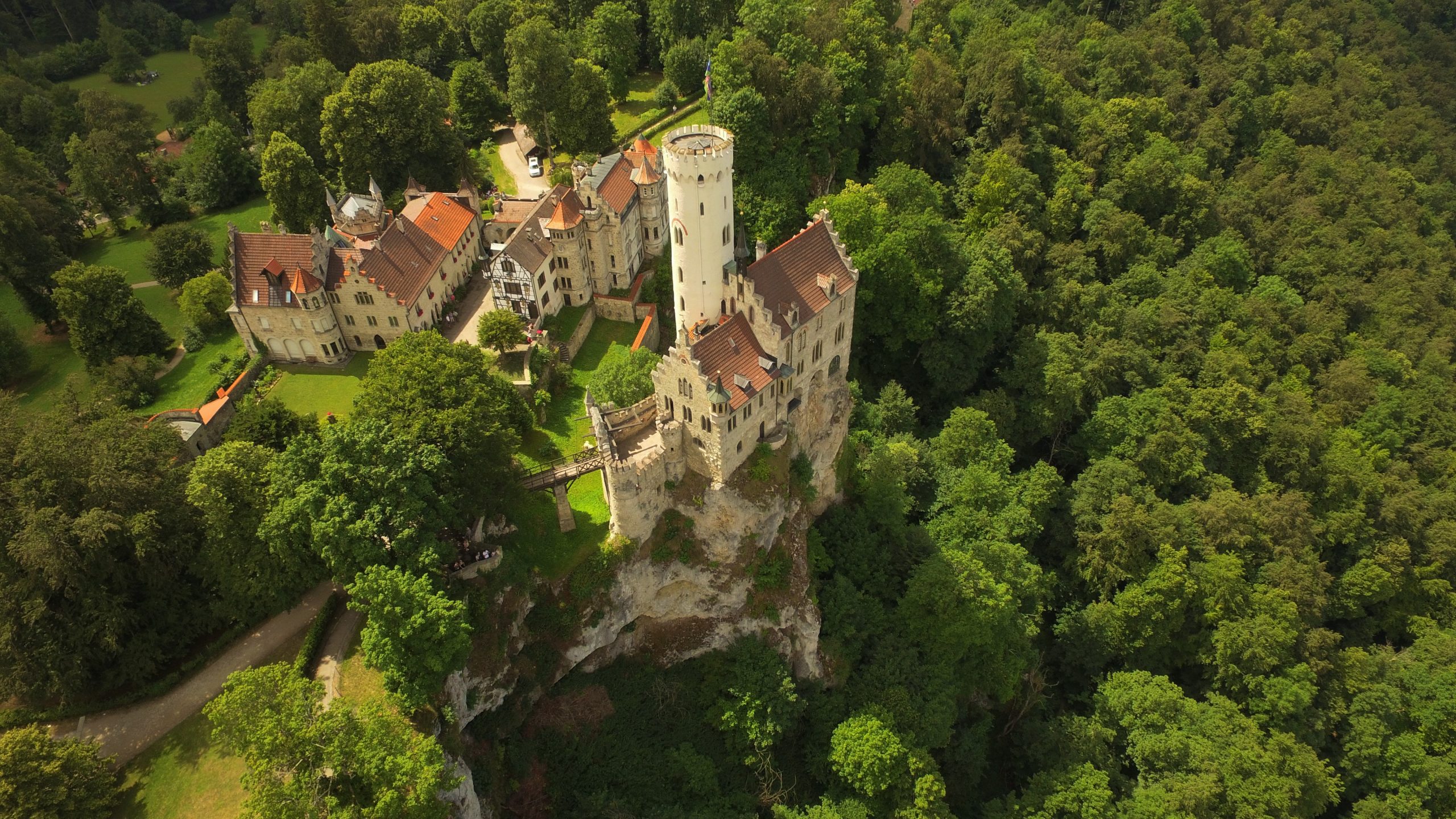 Schloss lichtenstein is a Gothic Revival castle built in the 1840s. It is situated on a cliff located near Honau on the Swabian Alb.

Historically, there has been a castle on the site located at the Albtrauf (de), above the source of the river Echaz since around 1200. It was twice destroyed, once in the Reichskrieg’s War of 1311 and again by the city-state of Reutlingen in 1377. The castle was not reconstructed and subsequently fell to ruin. It is today known as Burg Alt-Lichtenstein (de) (“Old Lichtenstein”).

A new castle was built c. 1390, around 500 m away from the ruin, in the location where today’s structure stands. After 1567, it lost its role as a lordly seat and fell into disrepair. 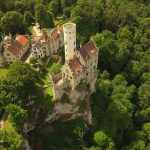