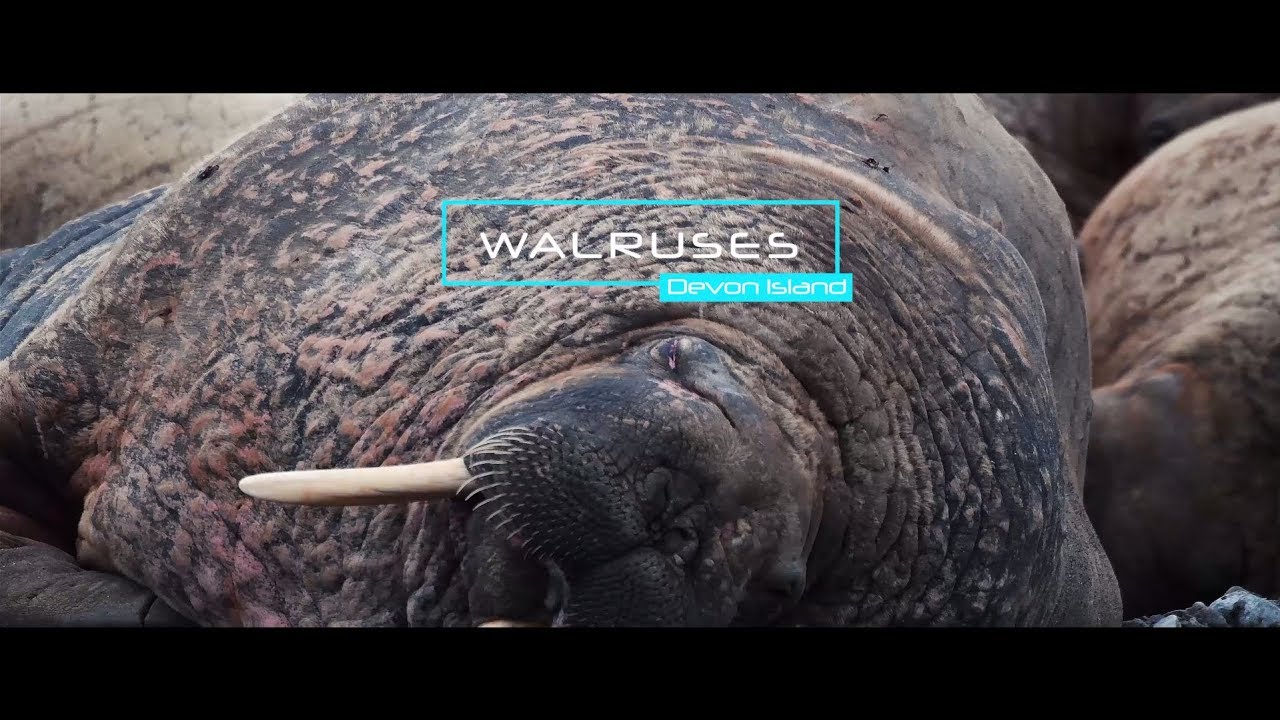 Walruses haul out to rest on beach. As the sea ice is retreats the future may not be looking so bright for the large marine mammal. With

The walrus know as teh second animal the most dangerous in the arctic after the polar bear, is on-shore totally harmless if you stay far enough.

In a fjord of Devon Island, Nunavut, after severals hours approaching the colony, we were able to stand 4 meters away from them for at least one hour.

With its body weighing up to one ton and its 50 cm tusk, the walrus commands great respect – both from other predators and hunters.
Its tusks can grow up to 50 centimetres in length and are used by the walrus as a useful tool, for example when hauling itself up onto an ice floe.

Walruses generally stay close to the edge of the sea ice or on drifting ice floes where the depth of the sea is less than 100 metres. Here it can dive to pick up mussels and molluscs, which make up its chief sources of nutrition, and it is thought that it uses its tusks to scrape the seabed looking for food. 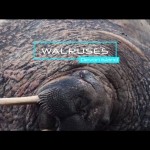