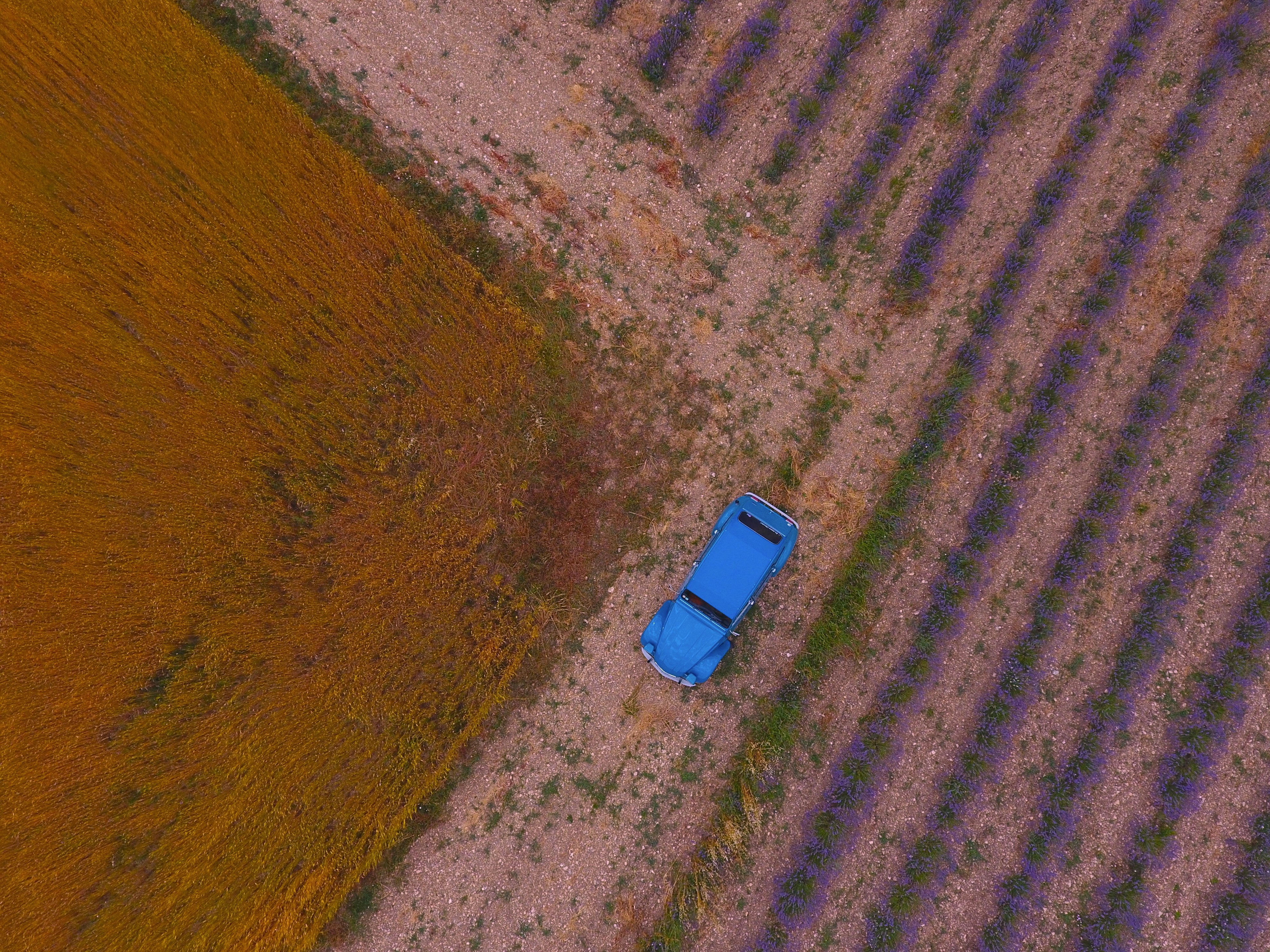 a vintage car 2cv citroên in a corner lavender field 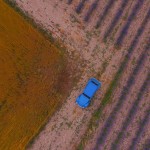