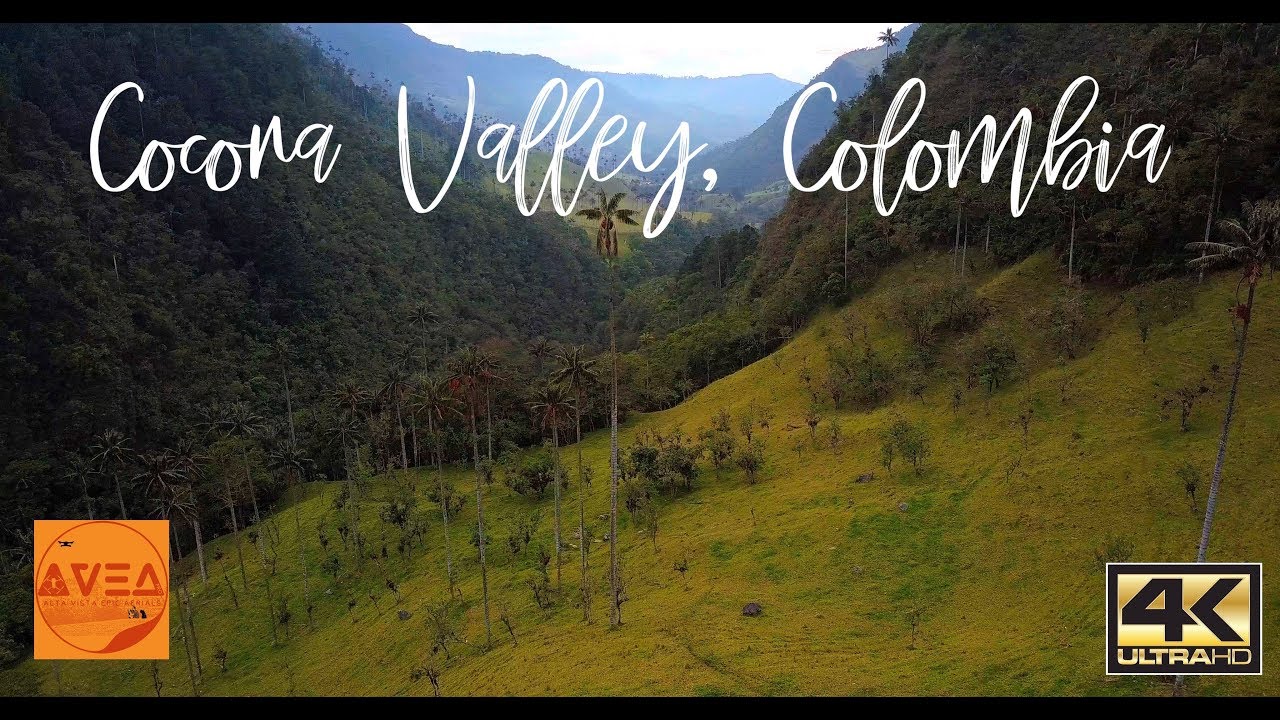 © All rights reserved - by AVEA - Alta Vista Epic Aerials
The Cocora valley (Spanish: Valle de Cocora) is a valley in the department of Quindío in the country of Colombia. It is located in the Central Cordillera of the Andean mountains. "Cocora" was the name of a Quimbayan princess, daughter of the local chief Acaime, and means "star of water" (Spanish: estrella de agua). The valley is part of the Los Nevados National Natural Park, incorporated into the existing national park by the Colombian government in 1985. It is the principal location of the national tree and symbol of Colombia, the Quindío wax palm (Ceroxylon quindiuense), as well as a wide variety of other flora and fauna (some endangered), all of which are protected under the park's national status.

The Cocora valley is the valley of the upper reaches of the Quindío River, the principal river of the department of Quindío, located at an altitude between 1800 and 2400 meters. The valley is approximately 24 km north-east of the departmental capital Armenia, and accessed via a turn-off from the Armenia-Pereira highway, running via Boquia to the town of Salento. Vehicles (either private cars or jeep taxis from Salento) can then travel 11 km further on up into the valley as far as "Cocora", a collection of campsites and restaurants - other parts of the valley can only be accessed either by hiking on the numerous trails or on horseback. 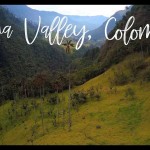